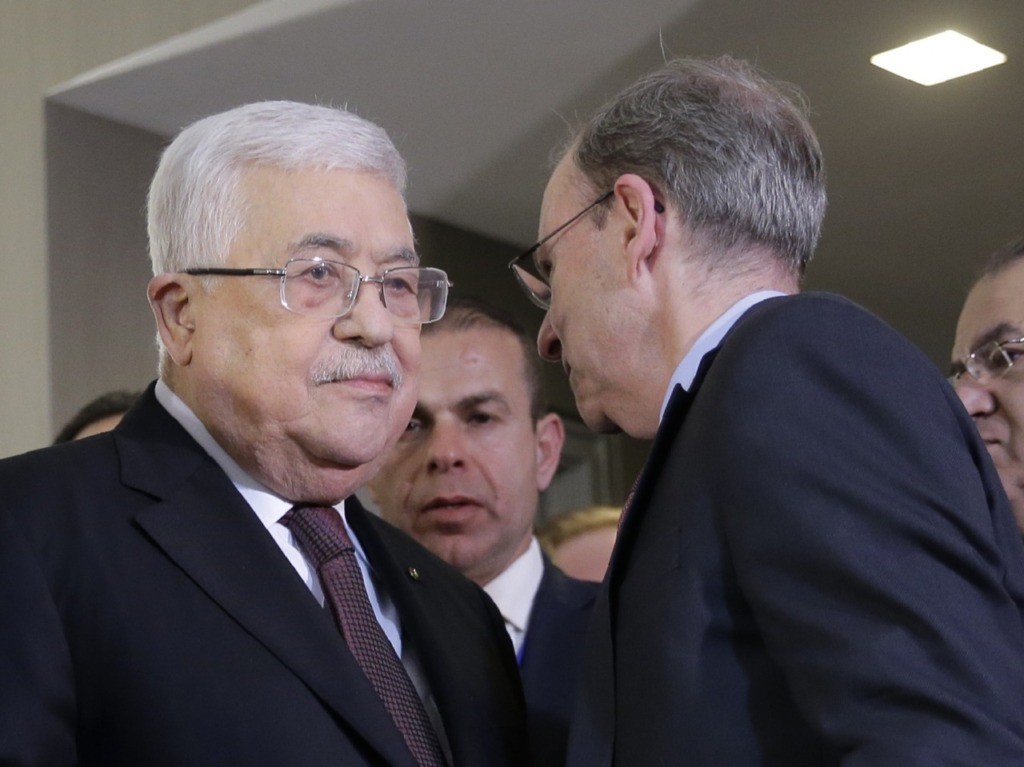 J Street styles itself as “pro-Israel, pro-peace,” but it frequently lobbies against Israel. It has opposed Israeli wars of self-defense against Hamas terrorists, for example, and opposes President Donald Trump’s new peace plan for the Middle East, even though it explicitly endorses the two-state solution, which J Street claims to support.

Abbas, elected in 2005, is now in the 16th year of what was supposed to be a four-year presidential term. He has rejected American and Israeli calls to stop paying stipends to Palestinian terrorists and their families — even though his intransigence has resulted in lowered tax transfers from Israel and the loss of U.S. aid.

The Palestinian president also has a long history of antisemitic rhetoric, including Holocaust denial. In 2018, even J Street felt compelled to condemn Abbas for making antisemitic remarks in a speech to Palestinian leaders (Abbas later apologized).

A few months later, the J Street leader traveled to Ramallah, where Abbas thanked him for J Street’s work in opposing the Trump administration’s policies and for supporting the “peace process.”

On Tuesday, Abbas denounced Trump’s peace plan — which acknowledges Israeli sovereignty over Jerusalem, allows Israel to annex parts of Judea and Samaria necessary for its security, and makes Palestinian statehood conditional on a  renunciation of terror — at the United Nations Security Council.

Absolutely disgusting that @jstreetdotorg‘s @JeremyBenAmi would embrace Mahmoud Abbas. Abbas funds terrorists to kill American and Israeli Jews. He is a virulent anti-Semite. Ben Ami isn’t a head of state, he doesn’t have to pretend Abbas is legitimate. https://t.co/1puFtsZGl8

Many of the Democratic Party’s presidential contenders have close ties with J Street, which has been supported by billionaire left-wing philanthropist George Soros in the past.

Joel B. Pollak is Senior Editor-at-Large at Breitbart News. He earned an A.B. in Social Studies and Environmental Science and Public Policy from Harvard College, and a J.D. from Harvard Law School. He is a winner of the 2018 Robert Novak Journalism Alumni Fellowship. He is also the co-author of How Trump Won: The Inside Story of a Revolution, which is available from Regnery. Follow him on Twitter at @joelpollak.