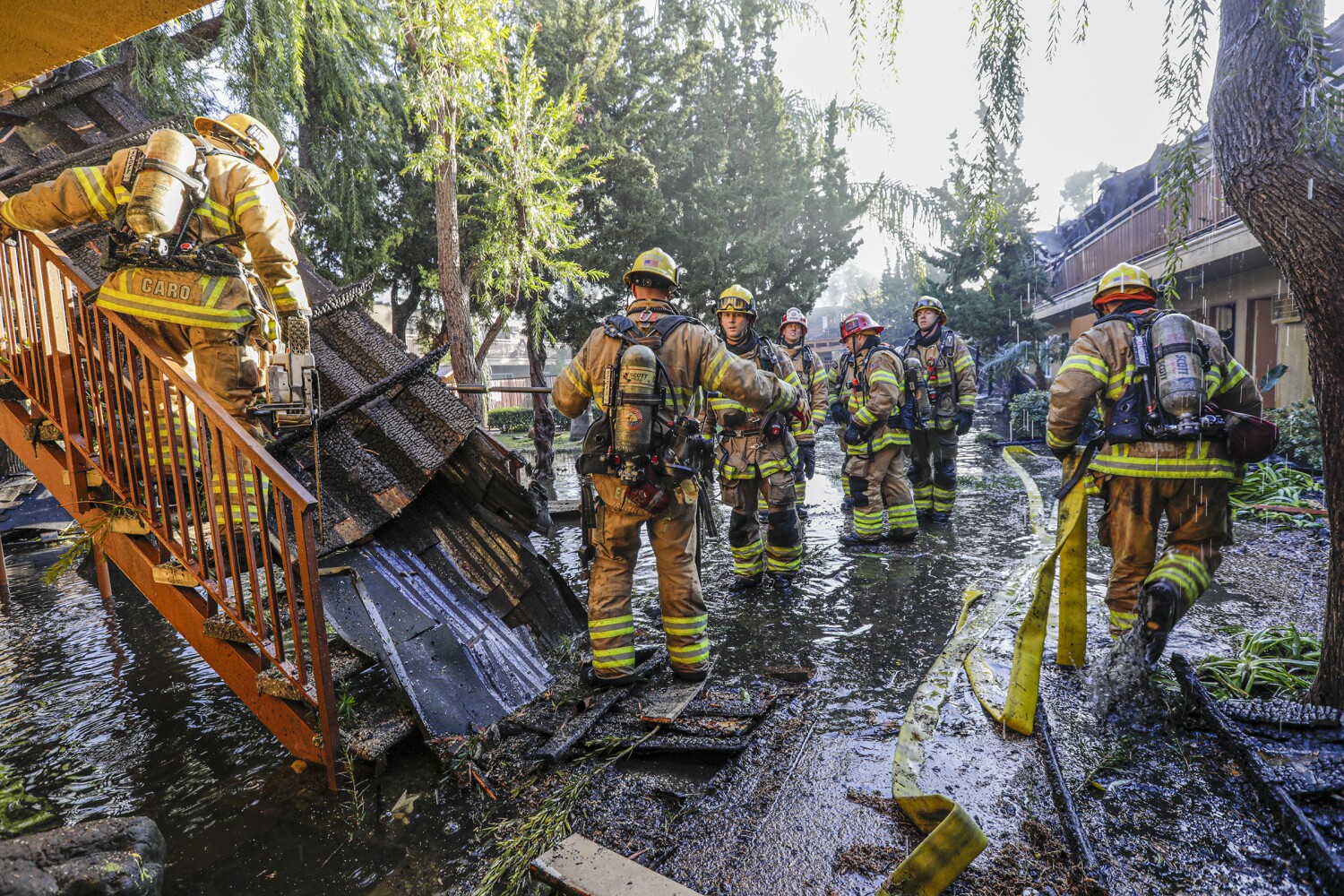 A fire tore through a two-story apartment complex in Tustin early Wednesday, triggering a large response from firefighters and injuring two people.

The blaze broke out about 3 a.m. in a downstairs units of the complex in the 15700 block of Williams Street, authorities said. Crews arrived to find heavy smoke pouring from the building and flames licking up into the second story of the structure, Orange County Fire Authority Capt. Tony Bommarito said.

Some residents got out on their own. Firefighters searched the building for any remaining tenants, but were forced to retreat shortly before 3:30 a.m. when the roof collapsed.

“It was an extremely challenging fire,” Bommarito said.

Two residents were treated for smoke inhalation, one at the scene and the other at a hospital, Bommarito said. Authorities had initially said that two people were taken to a hospital.

Video from the scene showed residents — some wrapped in blankets — standing in the dark outside the burning complex.

Firefighters were working later Wednesday to locate all the building’s residents. One person who was not accounted for might not have been at home when the fire started, Bommarito said.

The cause of the fire was under investigation.