What are cruise ships doing during Coronavirus

In the midst of coronavirus, the cruise industry has put health first and come to a temporary halt. While ships will be back sailing the seas around the world soon, in the meantime, if you’ve been wondering what cruise lines have been doing, we’ve put together some information on where ships are and what they are doing during these difficult times. 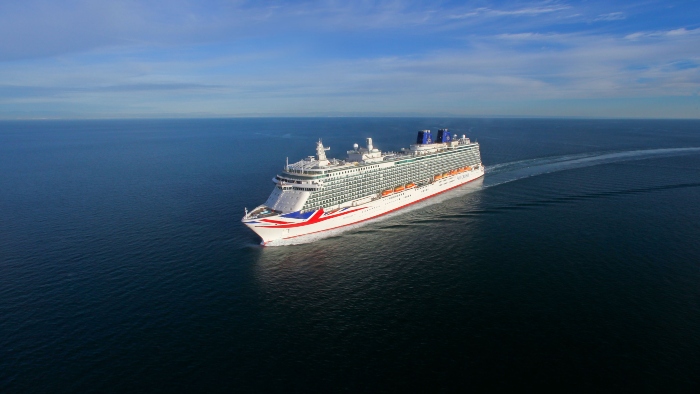 Having previously been involved in humanitarian relief, for example in 2017 when MSC ships offered aid during Hurricane Maria, cruise ships are once again uniquely placed to be able to offer their services during the pandemic.

How: With Fred. Olsen’s Braemar unable to embark on its intended cruise, the fresh produce onboard has instead been donated to charities in Barbados. Almost 18,000kg of fruit and vegetables have been shared amongst many groups including the Barbados Homeless Society, The Red Cross and the YWCA.

How: In an attempt to take the strain off hospitals, Carnival have offered 10-15 of their ships which can be used as temporary hospitals. With onboard medical centres which can be used as small intensive care units and the possibility to equip rooms with monitoring equipment, while these vessels wouldn’t be used for those suffering from covid 19, they could be used for other patients to free up beds in hospitals on land. 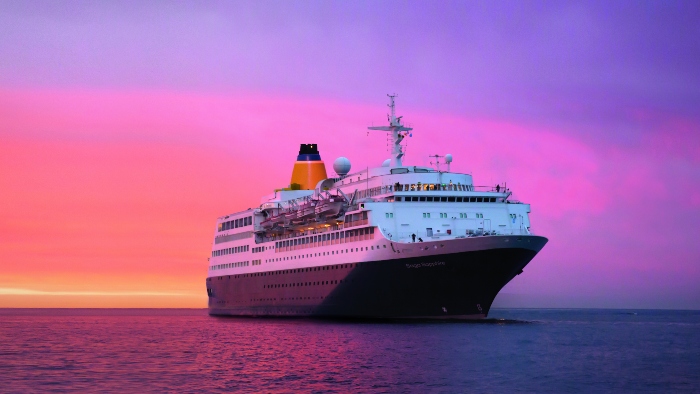 How: Docked in Tilbury until operations begin again, Spirit of Discovery and Saga Sapphire have been offered as hospitals to relieve pressure from the NHS. Between them, 2,600 patients could be housed in separate cabins, and with medical facilities already onboard, this could create space in hospitals in London to treat those suffering from coronavirus.

How: Although not one of MSC’s cruise ships, GNV Splendid, a ferry within the MSC Group has already been turned into a hospital ship for use in Genoa. Starting with 25 isolated single cabins, it has the possibility to increase this number to 400 if needed, as well as being able to quickly be fitted with intensive care units on the deck.

How: This American river cruise company is currently in talks with the US government about providing a place to stay for those in the military, either if they have returned from abroad and need to go into quarantine, or if they are leaving the country and need to be in isolation before doing so.

As well as offering serious aid to try and help combat the coronavirus, cruise ships have also been doing their bit to raise everyone’s spirits. From lighting up the night with inspiring messages to letting crews enjoy the perks of being guests, cruise line’s around the world have been spreading some joy. 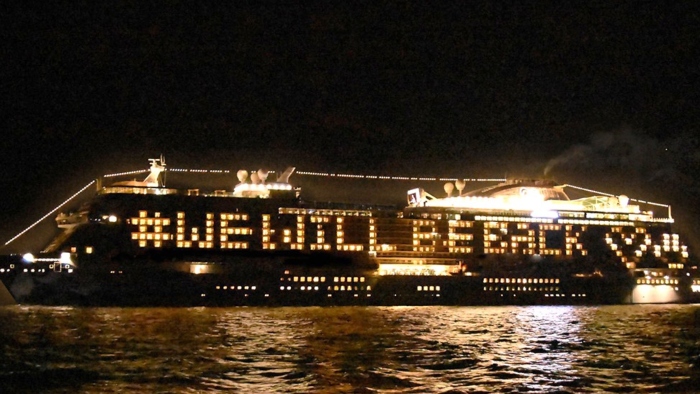 After a tough few weeks for Princess Cruises, the cruise line wanted to show its commitment to returning to the seas, lighting up their windows with the message “We will be back”. 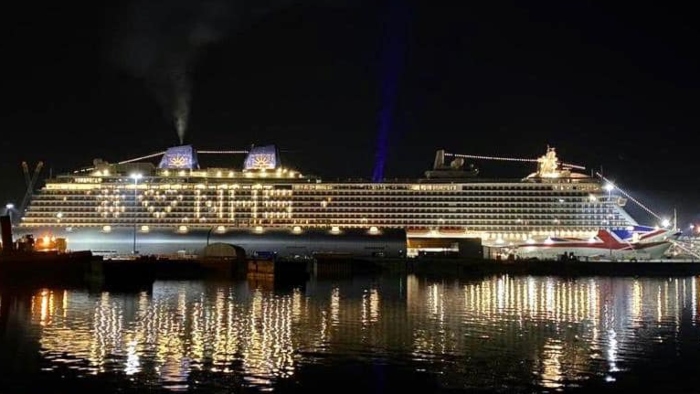 Where: Barbados and Southampton

Just like Princess Cruises, P&O have also been illuminating the nights with heartwarming messages. In Barbados, cabin lights on Azura were switched on to write “We’ll meet again” while in Southampton, where most of the fleet is now docked until operations resume, Britannia lit up with a powerful message in support of the NHS.

Along with other ships anchored around Grand Bahama, five Holland America Line vessels have been doing their part in showing solidarity by sounding their horns at the same time every evening. 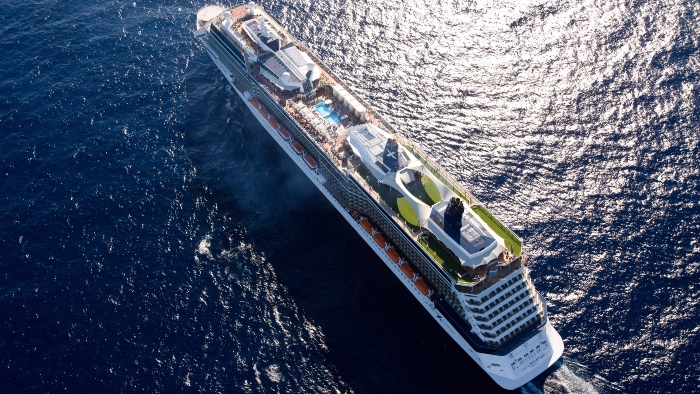 To reward crew for their hard work and dedication during these challenging times, onboard Celebrity Silhouette they were given free rein of the Ocean View Cafe and main pool area. Meanwhile, on Celebrity Edge, all crew were moved to balcony rooms while, thanks to a lottery, some lucky members of staff even got upgraded to suites. 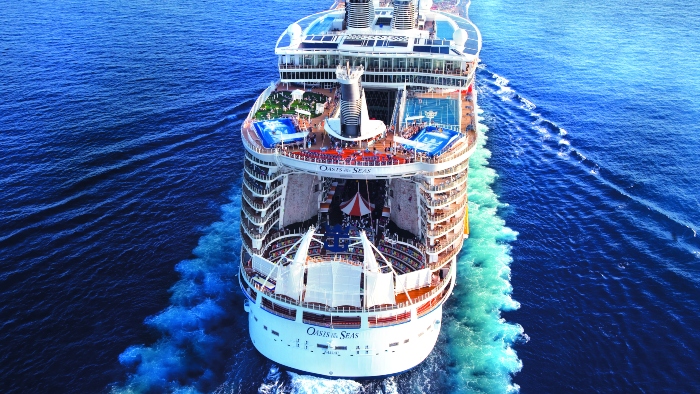 Where: onboard Oasis of the Seas

Just like on Celebrity ships, crew on Royal Caribbean’s Oasis of the Seas have been allowed to make the most of guest areas, especially the specialty restaurants such as Chops, the cruise line’s signature steakhouse.