What channel is Borussia Dortmund vs. Bayern Munich on? Time, TV schedule to watch ‘Der Klassiker’ in USA 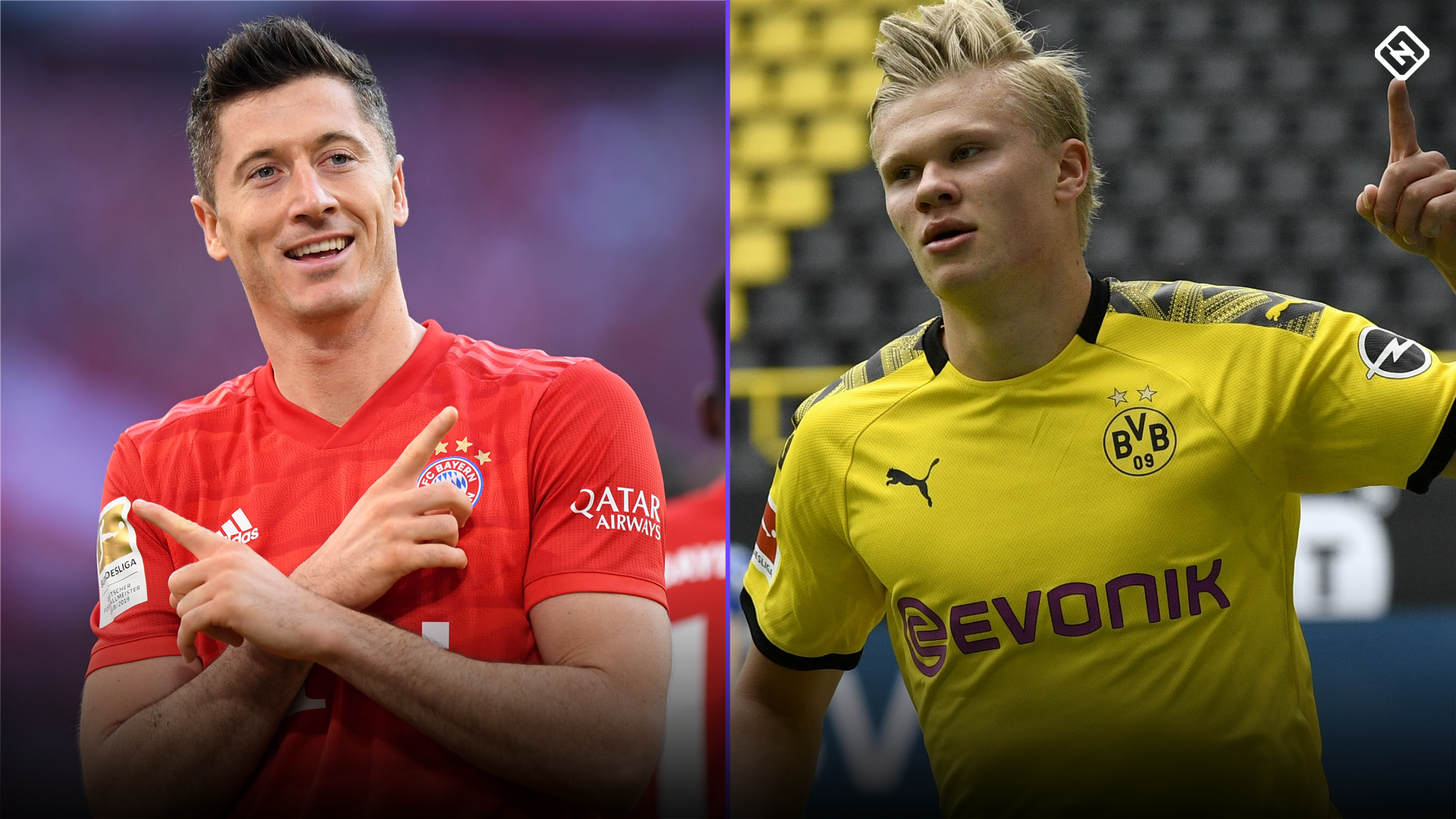 There’s no other game in German football quite like Der Klassiker. Year in and year out, Bayern Munich and Borussia Dortmund find themselves competing at the top of the Bundesliga table, and when the rivalry game comes around, everyone tunes in.

Tuesday’s edition of Der Klassiker is no different, especially with the rest of the football world still shut down due to the COVID-19 pandemic. Football fans from all over the world will have their eyes glued to the screens to see who comes out on top.

The first-half meeting between the two sides was another disappointment for Dortmund as they suffered a 4-0 loss — another embarrassing result away at the Allianz Arena. Dortmund has lost each of their last six trips to Bayern by an aggregate score of 26-3. Luckily for them, Tuesday’s match will be played at Signal Iduna Park, where they’ve had much more success. The Black and Yellows pulled off a thrilling 3-2 victory at home over the Bavarians last season, and they opened up the 2019-20 season with a 2-0 win in the DFL Super Cup over the defending Bundesliga champs.

The two players to pay attention to are the strikers. For Bayern, that’s free-scoring veteran Robert Lewandowski, who may be more hated by Dortmund fans than any other player in history. That hate stems from the fact that he got his start in Dortmund, joining the team in the summer of 2010. He broke into the starting lineup in 2011-12 and bagged 22 goals; he led Dortmund to a league and domestic cup double that year, scoring a hat trick in the DFB Pokal final against Bayern. After two more seasons in Dortmund, Lewandowski left and signed with the Bavarian giants, making him the most-hated man in Dortmund. It hasn’t helped that he’s scored 15 goals for Bayern in Der Klassiker and lifted the league trophy for five straight seasons.

Lewandowski leads the Bundesliga with 27 goals this season and has a chance to challenge Gerd Muller’s record of 40 goals if he can stay hot, but surprisingly, he isn’t the most clinical finisher in this game — at least not as of late. That title belongs to Erling Haaland, the 19-year-old Norwegian who will make his Der Klassiker debut. Haaland joined Dortmund in the January transfer window from RB Salzburg and hasn’t stopped scoring since. In 10 Bundesliga games he’s bagged 10 goals, putting him on pace to crack the top four in goals scored this season despite only playing half the year. He’s currently averaging a goal for every 2.1 shots he takes, compared to 4.3 shots per goal for Lewandowski since the start of the new year. He scores a goal every 60 minutes on average, compared to every 82 minutes for Lewandowski. The difference in Tuesday’s game could come down to which striker is more clinical.

BUNDESLIGA PLAYERS TO KNOW: Nine Americans, one Canadian to watch during restart

Another part of the pitch to pay attention to is the wide areas. Both teams have a lot of pace and skill on the wings. Dortmund has three players with double-digit assists this season: Jadon Sancho (16), Thorgan Hazard (12) and Achraf Hakimi (10). All three play primarily on the flanks. Bayern’s well-equipped in those areas too, though, particularly at left back with Alphonso Davies. The 20-year-old Canadian has garnered a lot of attention for his blistering speed, which has made him a lethal weapon going forward and a crucial shield in defense. The last time these two teams met, he had Sancho wrapped up in his back pocket, forcing Dortmund manager Lucien Favre to sub off the young Englishman before the halftime whistle. Dortmund has since tweaked its tactics, so it’ll be interesting to see how things play out on that side of the field this time out.

It’s also worth paying attention to who gets the start for Dortmund. Sancho’s come off the bench in the last two games, supposedly still working through a tweaked ankle. Giovanni Reyna, the 17-year-old American wunderkind, was supposed to start the first game back in the Revierderby against Schalke, but he hurt himself during warmups. He came off the bench, so he may be another option for Favre. Thorgan Hazard has gotten the nod the last two games and has played well, so it’s possible Favre will stick with that rotation, keeping Sancho and Reyna on the bench in case they need a late goal.

Here’s everything you need to know about Tuesday’s Der Klassiker between Bayern and Dortmund, including start time and TV channel in the United States.

What time is Borussia Dortmund vs. Bayern Munich today?

Der Klassiker between Borussia Dortmund and Bayern Munich will kick off at 12:30 p.m. Eastern Time on Tuesday, May 26.

How to watch ‘Der Klassiker’ in USA

Fox Sports is the broadcast home for the biggest Bundesliga games in the United States. Tuesday’s Der Klassiker between Borussia Dortmund and Bayern Munich will be broadcast in English on FS1 and in Spanish on FOX Deportes. For those without cable, the match can be streamed on fuboTV, which offers a seven-day free trial.

Here’s a look at Borussia Dortmund’s schedule for the remainder of the Bundesliga season, starting with Tuesday’s Der Klassiker against Bayern Munich. Other highlights include at Leipzig for the penultimate game on June 20 and at home against Hoffenheim for the last game of the season on June 27.

Here’s a look at Bayern Munich’s schedule for the remainder of the Bundesliga season. It includes three games against teams in the top five of the table: at Borussia Dortmund (May 26), at Bayer Leverkusen (June 5-8) and at home against Borussia Monchengladbach (June 12-14).